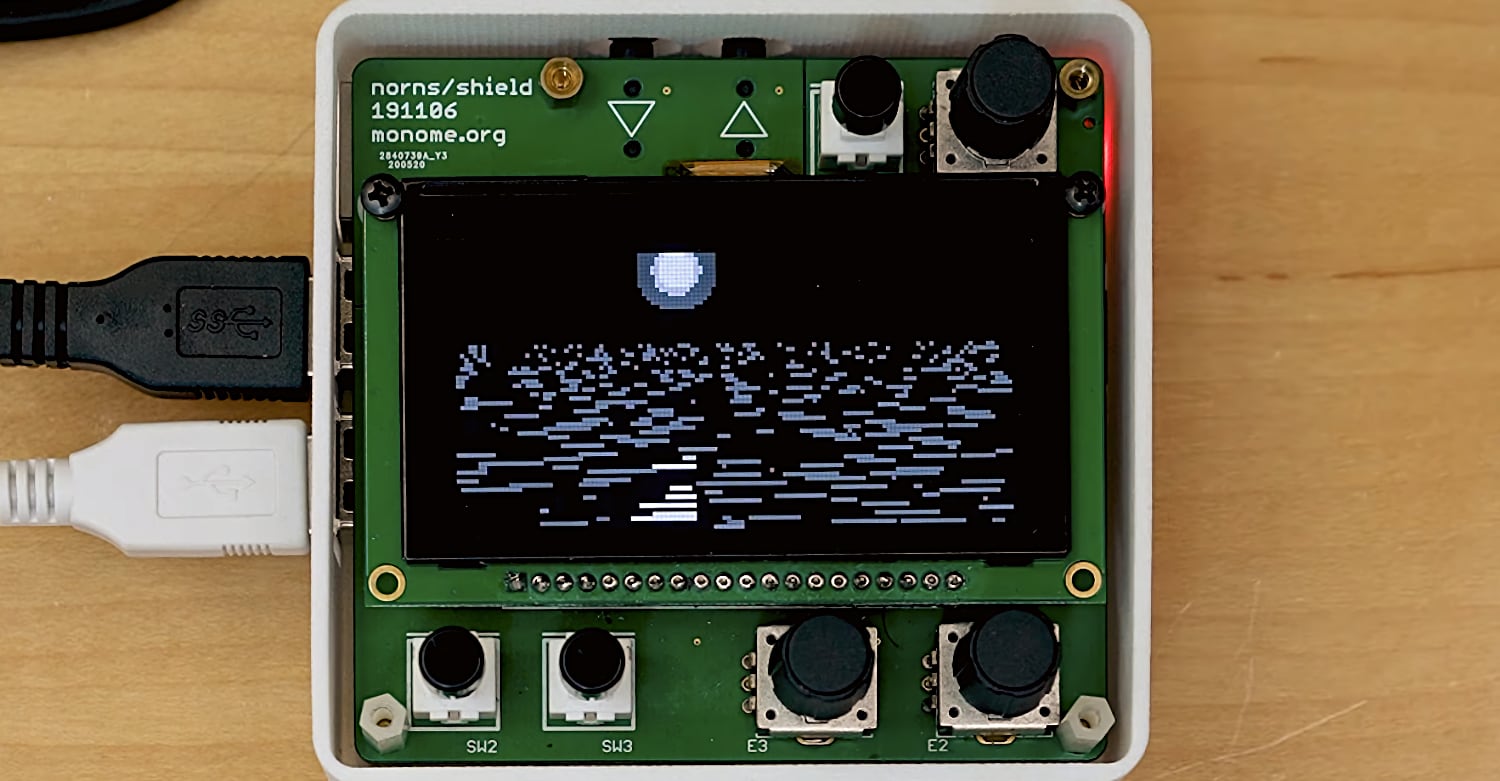 A lookback at my publicly available code from 2022.

I made 66 repositories in 2022 and made almost 4,000 commits. Most of my coding is for norns scripts, it seems I released around 14 norns scripts this year (though made many more).

I made moonraker, a norns script to generate random syncopations from samples using sequences of euclidean rhythms.

I made lorenzo’s drums, a norns script for sequencing a meticulously sampled drumset.

I made a second version of mx.samples, but found that it used slightly more CPU so I never officially released it.

I made a special version of mx.samples that only used marimba, called mallets but also never released it officially.

Speaking of unreleased scripts, there is also bb (a bouncing ball norns script), qwertymidi (a script for using a keyboard as a midi controller), io (a script that sequences using arpeggios), grdctl (like 0-ctrl but for the grid), and softdelay (a norns script mod for a simple softcut delay).

I made a norns mod to broadcast audio. This later became an entire service called stream my audio and is available on any PC.

I made acid-test, a norns script that makes generative acid basslines using markov chains. This later became oomph which used a better 303 emulation that I wrote in SuperCollider.

Speaking of seamless loops, I wrote seamlessloops, a small binary that makes loops out of any audio.

I made dnb.lua which is a Lua script that makes generative music using sox. I made a norns script based of this called makebreakbeat. This later became sampswap. This later resulted in an album based on seamless loops using a “random audio workstation”, the album is on bandcamp and all the code is open-source. There is a norns script based around all this code called paracosms which I also released.

I made a library to convert SVG images to gcode for penplotters, svg2gcode.

I made a two-channel tuner for norns called 2tuner which eventually got integrated into zxcvbn, another script that I wrote that compiles many things I’ve learned over the years into a near-complete DSP scaffold.

I scavenged code across the internet to make a easy-to-use norns that runs on a desktop, which can also be used online (currently online at play.norns.online).

I cobbled over some SuperCollider code for tape emulation into a norns script called tapedeck.

I recently made a little script that uses tapedeck with amen breaks, called amenbreak.

I made a relaxing norns script called l ll l which is like a musical emission spectrum.

I have more musical ideas to explore in 2023. Looking forward to it.

← Running norns without the shield