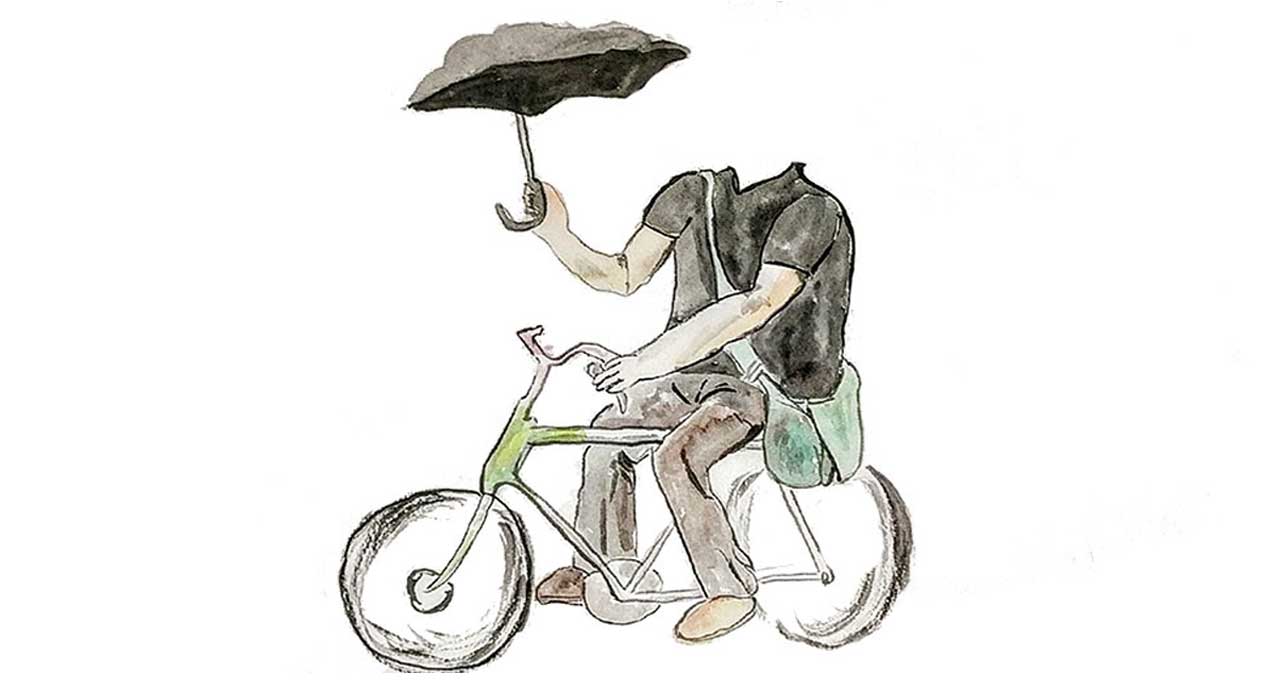 My bike was stolen

My bike is stolen, but I am able to get it back.

On Wednesday, after work, in 2010, I went to get my bike to ride home. My brand new gray-and-red racing bike. It had bright red tires and red bar-tape. It looked and fast and it was fast. But, I glanced to where my bike should be and noticed my bike was gone. There was a piece of Velcro from my bike lock in the place my bike had been. Stolen, I thought. The Velcro could only come off if the bike lock had been cut. I called the police. They weren’t interested. Lots of bikes go missing and they are impossible to get back, they said.

I ran home. I got onto my computer. Maybe my bike would be on Craigslist? Probably not. I looked, and sure enough, I found my bike for sale on Craigslist! I called the police again and told them the good news. Unfortunately, they told me the bike is most certainly not mine and that it was not worth pursuing. I told them I had the original receipt for the bike with the serial number, and it would take only a second to compare it to the stolen bike. The police still were not interested. I went for another run to clear my mind, but I couldn’t stop thinking about how to get my bike back. I decided to act, on my own.

I went to Walmart and bought a burn phone.1 While I was in the checkout line I made some fake personas complete with backstories and email addresses - James Hannover and Mathew Phillipe. My backstory for James Hannover was a that he was a relatively new student to NCSU who works at a pizzeria and is interested in doing triathlons. For Mathew Phillipe the backstory was that he was a Durhamite who loved soccer and was looking to race his friend on Tobacco Road.

I emailed the thief from both addresses and got replies to both!2 I chose to use my fake handle James to get a meeting scheduled for Thursday and gave the thief the phone number for my new burn phone. Right after scheduling, the thief emailed my other handle, Mathew Phillipe, saying he already had a buyer3 (which was also me). I was going to steal the bike back.

On Thursday, I called the police to tell them my plan to meet the thief and bike away with my bike. They said not to do it. They said they could help, but not right away. Given the police’s lack of enthusiasm the first time, I ignored this, and went ahead with the plan. I called the thief and told him I was stuck at work4 but could pick the bike up on Friday. The thief wanted to meet Thursday, but he reluctantly agreed to Friday.

On Friday, the thief texted me to confirm the time and place. I called the police one more time, asking if they would help. The police were surprised at the level of investigation and they reluctantly agreed to help now. They wanted to have me setup a meeting with the thief right by the police station. That is silly, I thought, the thief would catch on to that. I told the police my back story: that I, known to the thief as James, was supposedly a new student to NCSU who worked in a pizzeria and who wasn’t familiar with the area. The police seemed to agree that the new location would be a give-away. I suggested instead the front of James Duke statue in the center of campus and they agreed. Now I didn’t have to steal my bike back. I had setup a police sting to do it for me.

The hour of the sting arrived. The police called me and asked me when to get into position. As I was on the phone with the police, the thief called. I told him that we should meet next to the statue instead, because I had a friend at Duke that I was meeting afterwards. I asked what he looked like. He said blue shirt and shorts. I said I was on 40 heading there and would be there in 20 minutes. The police were still on hold, so I updated them. They said they’d be there, but probably not with many cops. I quickly ran over to watch.

I got to the location of the sting right as it was happening. Despite what the police investigator said, they sent the entire police force. Three police cars and five police men were surrounding this little skinny white kid and my bike. The main investigator called me over to look at the bike as they were cuffing the thief. I did, confirming it was certainly my bike, right down to the campus pedals and the red light I got for Hanukkah, and correct serial number. She told me to take the bike down to the police station, which I did. I waited there and watched the kid get booked in. He didn’t look happy behind his retro glasses. I talked to the policemen, told them about the fake identifies and the burn phone. The main investigator was happy. She said she discourages people from conducting their own investigations but that I did a good job. She said this was the first time she got a bike that had been posted to Craigslist back to the original owner.

Nine months later, I got a call from the Durham District Attorney. It turns out that the thief had some drug problems and pleaded guilty to a count of larceny, possession of stolen goods, and trespassing on private property. He went to jail for 30 days and then got out on parole for 120 days and entered a drug rehab program. I’ve been riding the bike ever since.5