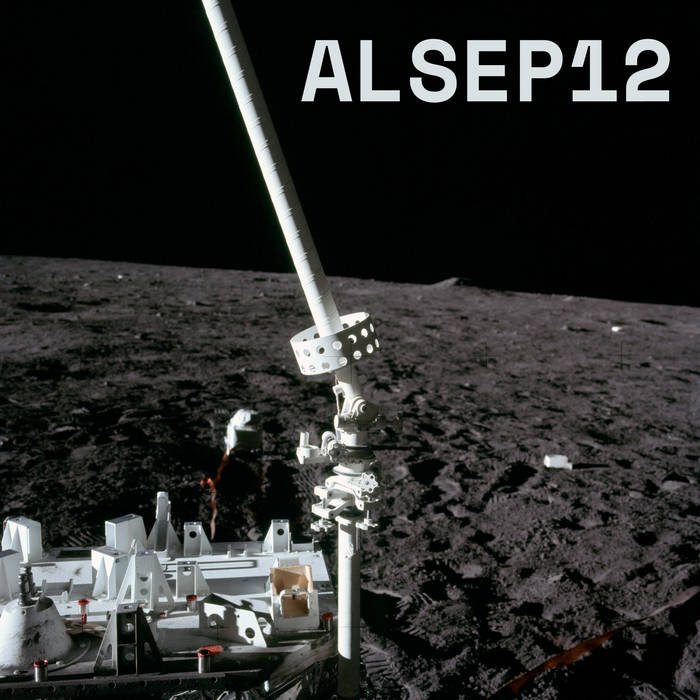 I released a second full-length synthesizer album soundtracks the Apollo 12 moon landing, this is the why and how I made it.

This album is available on every streaming platform. You can also listen directly on this blog:

This album, ALSEP12, follows the NASA audio of the Apollo 12 mission. Apollo 12 was a 10-day mission launched on November 14th, 1969 and sent three American astronauts to the surface of the moon. It was crewed by Captain Pete Conrad, Captain Alan Bean, and Captain Richard Gordon. This was the first mission to setup a nuclear-powered ALSEP (Apollo Lunar Surface Experiments Package) which relayed thousands of messages about the seismic, solar, and magnetic activity on the moon until it was shut down in 1977.

The Apollo 12 activities are probably the most ignored all the Apollo missions. It was a mission that had adverse conditions right at the beginning when they were struck by lightning twice. Fortunately the shuttle continued into space and they were able to land, with astounding precision, directly into the target zone at the site of Surveyor 3 probe. From there they setup the ALSEP instrumentation and collected samples to bring back to earth. On the return home the crew was congratulated by President Nixon (who was at trying to negotiate a arms control treaty with Russia) who noted that Captain Conrad was the first to ever sing on the moon.

Why I made ALSEP12

It was easy to find the NASA audio - there are 300 hours of it on The Internet Archive. The tricky part was that I had to listen to a lot of it to find the parts that were evocative enough to design a soundscape for this album.

How I made ALSEP12

To make this album I recorded everything using almost entirely built-in sound engines from the Teenage Engineering OP-1 (the only two samples are of trumpets and a MOOG), recording it on the OP-1 and then “performed” it (i.e. used the live OP-1 effects / mastering knobs) into a Big Sky reverb which I fed Audacity where I had overlayed the audio I had cut from NASA. That’s literally it, its a naive approach but it works for me since I don’t have any DAW experience (another reason I love the OP-1 as my DAW). There are some “making of” videos for this album on IG @infinitedigits: https://www.instagram.com/p/B5VTAmdBdKq/. I subscribe to a lot of open-source software ideas so I also tried making all my OP-1 patches available: https://op1.fun/users/yakczar

In this album I tried to make every song tell a story. For example, the first song “Lift off” evokes how the Apollo 12 space shuttle was hit by lightning as it was taking off, while the second song “Landing” revels in the excitement of the astronauts at getting a pinpoint landing on the moon. Overall, I tried to make the album so that the listener will feel inspired and uplifted since I feel that Apollo 12 mission is one of the most fun and inspiring NASA missions (though often overlooked).

This album is one of my favorite things I’ve ever created and I actually listen to it every week all the way through because I love it so much (my philosophy in music is to create music that you yourself want to listen to).